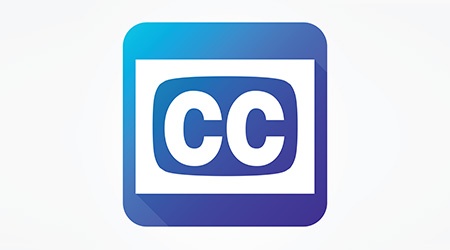 6 Reasons Why Quality Closed-Captioning Is Essential

When we think of closed-captioning (CC), we automatically associate it with the hearing-impaired. In fact, approximately 15% of the U.S. population is deaf or experiences hearing problems. Indeed, CC opens the world for viewers with these challenges.

If the purpose of media is to reach its target audience, the absence of a closed-captioning stream for a person in need disregards the media’s intent altogether. Imagine breaking news happening on-screen with a voiceover. If there’s no closed-captioning stream, the hearing-impaired audience isn’t reached. The message is fully missed.

However, it’s not just the hearing-impaired who can benefit from closed-captioning. There are many more applications for CC and failure to consider these audiences is a missed opportunity for film and video producers as well as for marketers.

Here are some examples of where closed-captioning is used.

Several laws, such as the Americans with Disabilities Act and Section 504 of the Rehabilitation Act, require the captioning of educational video. The Individuals with Disabilities Education Act (IDEA) requires that K-12 public school students have equal access to education, including CC educational video. While CC laws protect the hearing-impaired, they benefit all types of students:

CC improves understanding and boosts comprehension as students both hear and see the message.

CC improves indexing and searching. It can be used as metadata to make your video more searchable and search engine friendly. It is well documented that closed-captioning improves engagement and therefore SEO ranking.

Viewers are increasingly going mobile. Closed-captioning is useful in crowded places where ambient noise competes with the video’s audio track.

The auto-play feature for Facebook videos has been a boon to marketers. However, videos are muted until viewers decide to turn on audio. Facebook is slowly rolling out audio with video, but the viewer’s volume has to be on. Digiday reports that 85% of Facebook videos are watched without sound. With closed-captioning, the opportunity to engage with viewers is not compromised.

Consider the opportunity closed-captioning provides in noisy places such as bars, restaurants, entertainment venues, even airports. What about quiet places such as doctor and dentist offices? Or places where multiple media (TV, music) is playing, such as gyms?

Closed-captioning can enhance or augment a film or video by adding editorial comment or additional description.

Closed-captioning shouldn’t be an afterthought. It is a core communication medium, a platform to bridge content and context.

When you decide to add CC to your content, be sure to work with a provider who knows what they are doing. If the CC is of poor quality, if there are misspellings or the caption is not well placed within the frame, it can be jarring. Engagement will be lost.

CMI has been closed-captioning for clients for over 30 years. Give us a call to discuss how you can reach new audiences with your film or video content.

Call us for more information.