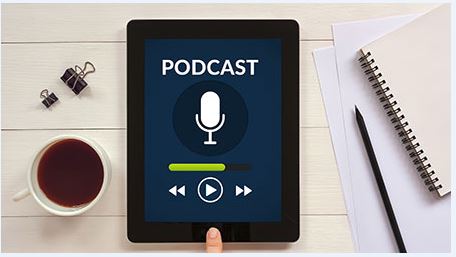 Could You—and Should You—Localize Your Podcast?

In our previous blog post, we interviewed CMI’s CEO Haitham Wahab and Director of Business Development David Kirk, for a discussion on whether or not podcasts lend themselves to localization.

This week, we asked our experts which kinds of podcasts tend to work best, and where to begin localization efforts.

As a medium, do podcasts really have the potential —and mechanics — to explode internationally the way the films have?

HW: We grew up in a video world, and we see how that’s changed—now it’s happening with podcasting. We’ve seen streaming platforms become disruptive using digital technology to change the way video entertainment has been produced and distributed, and I think we’ll be seeing a similar evolution in podcasting. There are actually companies starting to crop up billing themselves as the Netflix of podcasts. And this also applies to non-U.S. podcasts coming here. Just like the Netflix phenomenon has resulted with non-U.S. programs viewed here (and localized in English), the potential for non-U.S. podcasts making it big here is just as real. Re-voicing a few episodes for test purposes in English is easy and cost effective.

DK: That’s something we don’t know the answer to definitively yet, because there are several ways of going about it. Right now they are primarily advertising-supported. Some are starting to be subscription-supported, like the difference between network TV and Netflix, where viewers  pay a fee instead of getting ads. The question is, can they create enough unique content that people are willing to pay for?

HW: True. The other question is, will there be interest from global advertisers to support versions in different languages? Or will there need to be a subscriber-based model?

How should podcasters determine which languages to explore?

DK: If you really want to see if your successful U.S. podcast has legs in Germany or Japan, just put it out there. The only cost to figure that out is to localize two or three episodes, and see how it goes. Is this going to play well in France too? It’s not going to be cost prohibitive to put a few episodes in a few markets, so try it and see.

OK final question, what questions should podcast producers be asking themselves if they’re considering localizing in other markets?

HW: If I have a successful program in the U.S., in my home market, I’d start there. And I’d ask, would this have any appeal in one to two other markets? I think that’s where you have to rely on the publisher or editor to figure out if the material has the opportunity to work elsewhere. You still have to create the content so it appeals to your core audience, and don’t want to sacrifice content or story just so it plays well elsewhere. I think the author creating the program has to stay true to their key audience, then see if the show is transferable.

DK: I think the publisher has a pretty good idea where the market opportunity might be, by virtue of downloads from those countries. If you are getting a lot of downloads in those countries in English, you have a good idea that there’s potential to expand and explode in that market—and maybe others—by making the program available in the native language.

HW: Also, in an advertising driven model, Ad Agencies may well point the way by simply providing feedback from their clients wanting to address specific demographics following success in English. In multi-lingual markets, such as the U.S., localized versions of podcasts could be a natural and easy way to expand the addressable market for advertisers. It is the same socioeconomic demographic with similar buying behaviors, just more comfortable consuming content in Spanish, say.

So a handful of questions producers might ask themselves include:

Existing data should give you a pretty good clue as to the markets that hold the most potential for downloading and listening to your podcast.

Testing the receptivity of your podcast in a new market is not expensive, and CMI routinely helps producers through the steps. Give us a quick call or email us to discuss your needs!