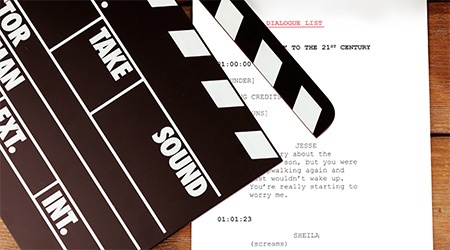 The Importance of Dialog Lists and CCSLs for Subtitles & Dubbing

Prospective clients often ask us why they need a professional to prepare a dialog list. After all, isn’t it simply the script that was used to develop the film or video?  (Hint: The answer is no). They often wonder why they need this extra expense. Truth is however, a properly prepared dialog list will guarantee cost savings down the line.

The Importance of Combined Continuity Scripts and Spotting Lists

A Combined-Continuity Spotting List or CCSL serves as the basis for subtitling and dubbing. At first glance, it may look a lot like a script with the addition of time codes. It may also include voiceovers or overlapping dialog. Optimal time coding (TC IN and TC OUT) is critical. It guarantees proper sync in dubbing. In addition the CCSL captures duration of the dialog, all at the proper systematic frames matching the final master. It will have correct grammar, punctuation, syntax, and line-break formatting, which guarantees an easier import in multiple applications.

One way of thinking of a CCSL is as the blue print of all audio-related elements of your video project. When you build a house, you would not omit the electrical plans from your architectural master plan, would you? The same holds true for your CCSL and your video project.

If the dialog list has typos or isn’t time coded well, the next entity that needs it, such as the dubbing professionals, will have to QC, reformat, or in many cases redo it. That means additional cost. And that cost will be incurred time and again with every vendor that touches the dialog list.

In addition, if the tabs aren’t followed well, the CCSL (Combined-Continuity Spotting List) may not import easily. Subtitling teams will have to spend hours to fix it, adjust the tabs and columns, change the placement, add italics, etc. resulting in lost time and increased costs.

We’ve seen some real horror stories when clients shortchange the dialog list. Very few companies utilize best practices in this regard. Be sure to work with the professionals who will save you money in the long run by doing the job right.

Don't make a mistake for paying for something that looks like a dialog list but isn't. Quality dialog lists will equal quality across multiple territories and languages, and as nuanced as this is, it may affect sales and profit one way or another.

With CMI editors, you never have to worry about mistakes multiplying into different languages, and reviews of the films being negative. A solid English script means a solid German or French script down the line.

CMI has worked with major Hollywood studios for over 30 years localizing, digitally processing and delivering video/film content to the in-flight entertainment industry. This is a global market requiring upwards of 150 unique feature-film files to be delivered daily.  We also work closely with corporate clients on projects ranging from video communications, apps and e-learning.  Check out our complimentary guide below.

Call us for more information.