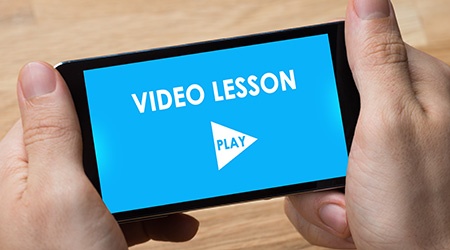 Localized Video Content: Why It's More Important Than Ever

Much has been said about the way video affects the way we live and do business. It accounts for 74 percent of all online use; more than 500 million people watch videos on Facebook daily. YouTube has over a billion users, and more footage is uploaded to YouTube every day than the major networks have created in the last 30 years.

But for all that’s been said about the ways video has changed our world, one thing hasn’t been mentioned much: the absence of video. Namely, what happens when you try to present material to consumers without it.

If people have an opportunity to learn something via text or via video, what do you think they’re going to choose? The fact is, four times as many consumers would rather watch a video about a product than read about it, according to a survey of consumer habits by Animoto, a video production company. What’s more, and one in four consumers actually lose interest in a company if it doesn’t have video.

There’s a reason for the explosive growth of—and preference for—video in messaging. The introduction of smart phones in 2007 made video easy to consume on the go; social media such as Facebook and Twitter push video even more.

Video can convey both visual and the audio content exactly as you intend it. This is especially true when expanding into international markets. YouTube reports that it can be navigated in 76 languages, further indicating the demand for localized video.  Crucially though, even though YouTube can be accessed in those languages, much of the video content is not localized properly—if at all.

If done properly, professional localization in the form of custom subtitles or dubbed audio layered onto your visuals preserves the meaning, regardless of where your content is distributed. This ensures the retention of key information by target audiences addressed in their own language.

At CMI, we have been working with video for over 50 years, from the DVD days to our current clients. We know the ins and outs of video content, whether on YouTube, Amazon Prime, or Hulu, and we can help you localize your content with the best subtitling, dubbing, and localization services around.

Give us a call today.