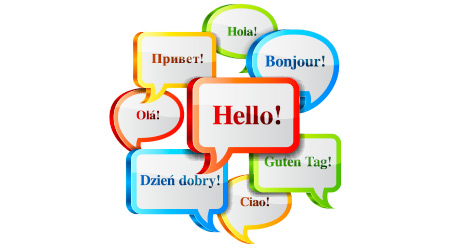 Why Work with a Video Localization Specialist: Part II

Interview with a Video Specialist

Last month we wrote about the usefulness of working with a video localization specialist. This month, we’re getting insight and insider tips straight from  Yelena Makarczyk, CMI’s director of localization. Yelena manages our West Coast services, overseeing a substantial network of translators, subtitling editors, sound engineers, and finishing artists.

Localization should be considered along with any other tasks that fall into the category of post-production. Too often, the creators of film and video content will budget for editing, sound design, color correction etc. and consider dubbing or subtitling as an afterthought, probably because they hadn't really considered marketing their project in foreign markets. In the current globalized landscape, however, there is almost no content that shouldn't be made available in multiple languages.

Oftentimes, with some of the software and editing tools available, one may think it is easy to create preliminary subtitles or record the audio. However, there is both science and art to subtitling and dubbing, just like there is to any other aspect of film making.

We utilize algorithms and specific processes to create each subtitle.  There could be 5-10 different layers and thoughts applied to each subtitle:  Move an article or a preposition down to the second line, don’t break a noun from a verb, don’t leave the first name on the first line and the last name on the second, translate a joke in a colloquial manner, even if it means something else altogether…

On the dubbing end, the audio replacing the source audio isn’t enough.  Is the actor in the original stuttering? Our voice actors will mimic the stutter to reflect the scene in the same manner in the target language. Is the woman crying?  We’ll bring the actresses who can cry in a matter of seconds … experienced theater experts. Just like in the original, you want the dubbed version to feel authentic, not over-acted. That makes a big difference.

It’s like dancing: Experts dance in step with the music, seamlessly weaving with the original theme, non-experts just count the beat, disregarding the melody.

What are some acceptable ways to cut corners to save on price without sacrificing quality?

Most projects are shot off a script, and getting that script to a localization team can eliminate the duplication of effort when a finished product must be transcribed from the ground up. It also can serve as a reference tool that clarifies muddy or unclear language, eliminating "mis-hears" or synonyms that makes sense in both spellings. (An example of this can be found in The Temptations' hit: "Papa was a Rolling Stone," with the line "All he left us was a loan." Or did they mean, "All he left us was alone?")

Also, extending turnaround time can help save on price. Our translators can truly get to know your project, breathe with it, and provide the utmost translation/dubbing layer.

What corners should never be cut?

Translation software is a marvelous invention, and perfect for short phrases or getting the gist of a few paragraphs in another language. But it is woefully inadequate when the goal is for a translation to read and feel as natural in the target language as in the original. This a very high-level skill and the best translators are always in high demand. But it is well worth a result that is fluid, accurate, and seamless. A good localization agency will use a team to accomplish this. An excellent translator is essential, of course, but so are editors to iron out any grammatical awkwardness or cultural miscues. (Localization quality control is about way more than a proofreader catching a typo.) This is also especially true when a whole library of content is contemplated over time. For corporate content to retain a consistent feel and style, it is essential to have continuity in translation and project management.

Is it realistic to ask a video localization specialist to localize in several languages at the same time?

Sure. An experienced localization agency can easily manage translations in several languages concurrently, as they will have a deep bench of collaborators in each language. Let’s take a project for a made-up TV series, "World's Coolest Birdhouses," set to be released on a streaming site in Italy, France, Spain, and Portugal a few weeks after it appears in the U.S. An English template of the show would be sent to four different translators and come back at roughly the same time. There would be no reason to do them sequentially, although that certainly happens. (For example, an American director who commissioned subtitles in French suddenly gets his movie into an Italian Film Festival.)

What’s the #1 thing to do as the client to make the localization process move as smoothly as possible?

Think ahead. The best translators as well as voice actors and recording artists are very sought after, so the more time they have for a project and the more planning time is baked in, the better the result will be. It also pays off to have some time factored in for the unexpected. For example, you find out that the head of HR actually wants two versions of that safety training video, one for Paris and one for Montreal. (Even though the memo only said, "French.") The subtitles turn out to be largely the same, but the dubbing requires actors with very different accents and dialects and colloquial delivery. An extra week built into the process can ensure a communication error doesn't turn into a crisis.

If you’re interested in working with a video localization specialist for your project, CMI creates content that will resonate with audiences and capture the words and sentiments to convey your message – in any language. Get in touch today!

You may also find our FREE case study useful.  Just click on the link below.